Majorca has been with human presence since pre-historycal times.

Little is recorded of the earliest inhabitants of the island. Burial chambers and traces of habitation from the Neolithic period (6000–4000 BC) have been discovered, particularly the prehistoric settlements called talaiots, or talayots. They raised Bronze Age megaliths as part of their Talaiotic Culture.

The first to colonize the island were the Phoenicians, a seafaring people from the Levant, who arrived around the 8th century BC and established numerous colonies. The island eventually came under the control of Carthage in North Africa, which had become the principal Phoenician city. After the Second Punic War, Carthage lost all of its overseas possessions and the Romans took over.

The island was occupied by the Romans in 123 BC under Quintus Caecilius Metellus Balearicus. It flourished under Roman rule, during which time the towns of Pollentia (Alcúdia), and Palmaria (Palma) were founded. In addition, the northern town of Bocchoris, dating back to pre-Roman times, was a federated city to Rome. The local economy was largely driven by olive cultivation, viticulture, and salt mining. Majorcan soldiers were valued within the Roman legions for their skill with the sling.

In 427, Gunderic and the Vandals captured the island. Geiseric, son of Gunderic, governed Majorca and used it as his base to loot and plunder settlements around the Mediterranean, until Roman rule was restored in 465.

In 534, Majorca was recaptured by the Eastern Roman Empire, led by Apollinarius. Under Roman rule, Christianity thrived and numerous churches were built.

From 707, the island was increasingly attacked by Muslim raiders from North Africa. Recurrent invasions led the islanders to ask Charlemagne for help.

In 902, Issam al-Khawlani conquered the Balearic Islands, ushering in a new period of prosperity under the Emirate of Córdoba. The town of Palma was reshaped and expanded, and became known as Medina Mayurqa. Later on, with the Caliphate of Córdoba at its height, the Moors improved agriculture with irrigation and developed local industries.

The Caliphate was dismembered in 1015. Majorca came under rule by the Taifa of Dénia, and from 1087 to 1114 was an independent Taifa. During that period the island was visited by Ibn Hazm. However, an expedition of Pisans and Catalans in 1114–15, led by Ramon Berenguer III, Count of Barcelona, overran the island, laying siege to Palma for eight months. After the city fell, the invaders retreated due to problems in their own lands. They were replaced by the Almoravides from North Africa, who ruled until 1176. The Almoravides were replaced by the Almohad dynasty until 1229. Abú Yahya was the last Moorish leader of Majorca.

In the ensuing confusion and unrest, King James I of Aragon, also known as James The Conqueror, launched an invasion which landed at Santa Ponça, Majorca, on September 8–9, 1229 with 15,000 men and 1,500 horses. His forces entered the city of Medina Mayurqa on December 31, 1229. In 1230 he annexed the island to his Crown of Aragon under the name Regnum Maioricae.

From 1479, the Crown of Aragon was in dynastic union with that of Castile. The Barbary corsairs of North Africa often attacked the Balearic Islands, and in response the people built coastal watchtowers and fortified churches. In 1570, King Philip II of Spain and his advisors were considering complete evacuation of the Balearic islands.

In the early 18th century, the War of the Spanish Succession resulted in the replacement of that dynastic union with a unified Spanish monarchy under the rule of the new Bourbon Dynasty. The last episode of the War of Spanish Succession was the conquest of the island of Mallorca. It took place on July 2, 1715 when the island capitulated to the arrival of a Bourbon fleet. In 1716 the Nueva Planta decrees made Majorca part of the Spanish province of Baleares, roughly the same to present-day Illes Balears province and autonomous community.

A Nationalist stronghold at the start of the Spanish Civil War, Majorca was subjected to an amphibious landing, on August 16, 1936, aimed at driving the Nationalists from Majorca and reclaiming the island for the Republic. Although the Republicans heavily outnumbered their opponents and managed to push 12 kilometres (7.5 mi) inland, superior Nationalist air power, provided mainly by Fascist Italy as part of the Italian occupation of Majorca, forced the Republicans to retreat and to leave the island completely by September 12. Those events became known as the Battle of Majorca.

Since the 1950s, the advent of mass tourism has transformed the island into a destination for foreign visitors and attracted many service workers from mainland Spain. The boom in tourism caused Palma to grow significantly.

In the 21st century, urban redevelopment, under the so‑called Pla Mirall (English “Mirror Plan”), attracted groups of immigrant workers from outside the European Union, especially from Africa and South America. 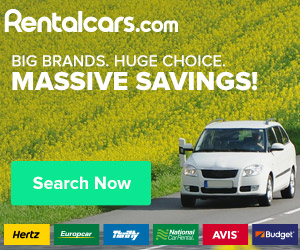